Johnny and Loxleigh are first in, exchanging hammerlocks, headlocks, waistlocks and wristlocks.

Aggressive Pippa’s in next but Johnny escapes her clutches by ducking out of a clothesline and tagging in Lisa.

An opening low blow (one of many) sets the tone of what’s to come, as Loxleigh and Pippa take complete control.

Lisa’s used as a punchbag in the corner, suffers a flying headbutt to the belly and legsplitter; she’s bearhugged, corner squashed, hip attacked, keister bumped, stomach clawed and bent in two in an over the knee chicken wing!

Her torturous attackers march her close to her partner, holding her arm out but snatching it away when she’s close enough to tag.

Johnny eventually gets an in but she’s quickly dismissed – thrown out of the ring over the top rope!

Lisa becomes Loxleigh and Pippa’s ragdoll as they take it in turns to frog splash and pin her.

A brutal piledriver comes towards the end, as Johnny suddenly storms the ring wielding a chair and chases off the attacking tag team.

Lisa’s helped up into the chair, after this devastating defeat.

Catch up with other matches in the TAG TEAM TIME series:

This site uses Akismet to reduce spam. Learn how your comment data is processed.

We’re all about old school!

promixedwrestling.com is the home of old school British pro style ladies and mixed wrestling. To read more ABOUT US click here! 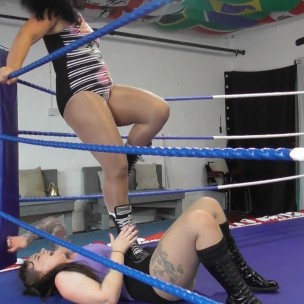 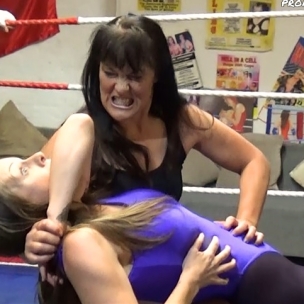 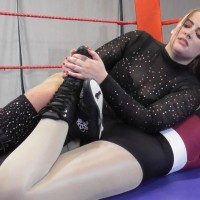 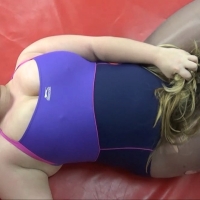